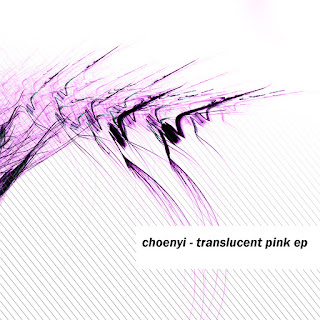 2010 4 track ep from Rodoid. Ah - interesting music from a net label. "Tap" is the most enjoyable cut; it takes a catchy 5-note motif on a very pleasing synth, and shifts it around in time, along with many of the other elements; a la Reich's phasing compositions - and the result is just dandy; all over a basic 4 on the floor.  In "Meeting Abrupt Adjourn" various agitating elements hustle you along on a much more frantic dreamscape - the 'meeting' could be of corporate AI beings very pressed for time and patience. A breakdown reveals the simple beat it's all humming and scratching over. "Under Unusual Umbrellas" eventually gives a disco beat but not before unleashing it's delay-unit-as-monster reason for being. No clue what kind of umbrellas are implied but one does not feel 'safe' or 'covered' at all. It's a fascinating piece. "Solstice 72" has the most accessible dance beat of the lot, clever live manipulations that are big and fat, and some funky faint percussive stuff going on in the subterranean levels. The ep will make for some fine moments in shuffle mode, and "Tap" is nigh an important work. And it's free - go get it! - SO
at May 18, 2011 No comments:

What's In My Zen Stone - May 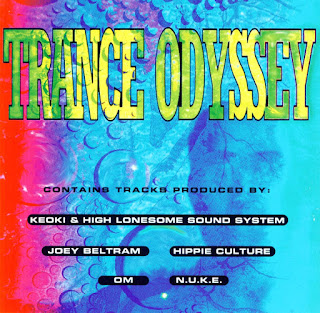 albums:
DJ Cam - Abstract Manifesto - after digging on Loa Project for over 10 years, it's taken me some time to adjust to other Cam albums. Other than for the repeated curses in his titles and some of his samples, hip-hop posturing I find trite and unnecessary, DJ Cam is the best at blending jazz samples with trip hop. He has an uncanny knack for unusual, sometimes out of tune sounds that just make the track. There are some very nice melodies, beats and spaces. Someone takes a synth solo who shouldn't be allowed near one - but other than that... a fine add to the library.
Don Limpio - What Does Your Tongue Like the Most? - I'm a big fan. Sounds like music made by the funkiest bunch of ants and insects you've ever heard. They're also quite caffeinated. I think Don Limpio spent a lot of his childhood playing his lps on 78rpm. Fantastic array of unique sounds, beats and samples. There is often a very cartoon-y vibe. Skills. Go-to tracks include "Sauteed Happy Family", "Funny Love" and "A Novelty Box for Boys and Girls".

Various Artists - Trance Odyssey - I've only listened to this through once but it was a heck of a trippy listen. The few tunes that have popped up on shuffle have revealed cuts with meticulous attention to the pleasure of your ears. Always interesting - the way it oughtta be. Artists include Om, N.U.K.E., Surface and We Are One.
Steve Reich - Music for 18 Musicians - a masterpiece. Music for our point in time.
When Power Stars Collide - Attraction to Light - innovative, catchy and organically developing tracks like "Sombre", "MOOOOO)))" and "Puddle Step Rain Dance" make it hard for me to take this one out of the player.
Tiruset - Minimal Machine Music - I don't know this music yet. But I do know Tiruset - he's quite the slicer and dicer of beats and moods; space-breaks mostly...very fulfilling stuff. He's better than most, and deserves more than 25 fans on Facebook. Go have a listen.
loose tracks:
Aaron Goldbody vs Luke the Wizard  - White Sparkling Lady
Aaron Goldbody vs Luke the Wizard -  Lazy Crates
Luke the Wizard vs tha Flow - Freestyle Clinical Reflection
The Higher Intelligence Agency - Spectral
Don Limpio - Daft and Dizzy
Don Limpio - Pet Pigeon Surprise
Don Limio - Patpong Pingpong
Poetree - Bounce
at May 10, 2011 No comments: