Some dude that played the violin... 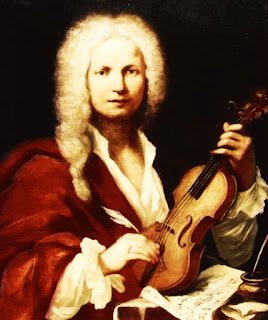 The very first music on digital media I ever owned was Joseph Silverstein & Seiji Ozawa's sizzling version of "The Four Seasons" with the Boston Symphony. It was the beginning of unabashed zania for Vivaldi in my heart and life. His folder in my pc is 3.25 GB large and sports 200 different concerto performances. He is distinct and unique in both his era and in music in general. No one writes, sounds or feels like Vivaldi. And for me, no other piece of music changes my mood from sad to happy, tense to relaxed, defeated to optimistic like the 12 movements that make up "The Four Seasons". They really are, God's gift to the earth.

I listen to classical way more than I do electronic, and study the lives of these composers. I enjoy knowing the ins and outs of a famous composition's beginnings, and it's initial reception (i.e. the perennial and delicious Nutcracker was a failure at it's opening, Tchaikovsky himself thought it to be crap). But most intriguing to me is the quality of life many of them didn't enjoy, and how a number of the biggest names today in classical music died in relative obscurity and in Vivaldi's case, dirt poor and forgotten.

The asthmatic Vivaldi died in 1741, his concertos forgotten by a fickle European audience; his one patron Charles VI expired right after Vivaldi moved to Vienna; risking everything to be near him. Buried in a hospital graveyard, his music vanished with him. His now most famous work wasn't even performed for the next 180 years! And although he enjoyed fame throughout Europe in his youth, it was but a mere twinkling compared to his star power now.

It makes me think - who in our lifetime will suffer a similar fate? Which forgotten artist from the 1980's or 1990's will die, only to resurface in massive proportions in the year 2150? Will electronica from the 2000's be considered the "golden age of music" by post-apocalyptic survivors? Which completely unknown singer on the most underground netlabel will suddenly grab Americans by their collective, futuristic heart eons from now? It sounds ridiculous, but it's something of a trend in pop culture. Ignored singer/songwriters get their 'lifetime achievement' grammys right after they die, or as they're dying. A well-placed 1950's ballad in a current popular movie brings in royalties that the deceased crooner or composer certainly could've used back when. 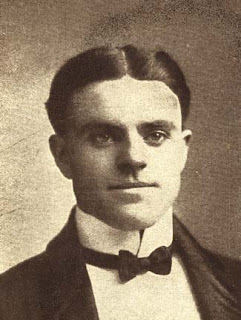 It works in reverse as well: stars who literally ruled the airwaves and record store shelves for decades - we don't even know their names, now. For instance, ever heard of the singer Billy Murray? Lady Gaga would envy his pervasiveness in music for the 1900s and 1910s. Will he resurface?

For artists - posthumous adoration is both alarming and appealing, depending on how it's divided. If it means constant struggle for recognition and financial welfare, like for Mozart, Schubert, Bach, and eventually Vivaldi - it's upsetting. Nonetheless - the thought of leaving something behind that will eventually be treasured is fulfilling and enticing; something that seems to be lost on GaGa and the last few generations of top 10-ers, who don't seem the least bit concerned about the staying power of their work, only themselves.

Novelty, trendy, viral or even political - none are adjectives for works that last for centuries and bring the entire planet to it's music-loving knees; but rather -  heartfelt, nit-picked, labored-over, earnest and of course - timeless. Try auto-tuning that. - SO
at April 19, 2011